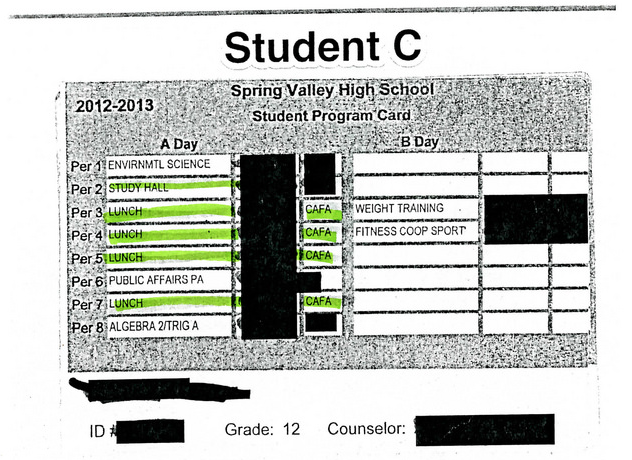 Okay, so you really should give this a listen. It’s the story of a school district in New York where a motivated majority takes over the school board. They do it in order to destroy the public school system. You see, they educate their children privately and use their power to their own personal benefit at the public’s expense. They’ve illegally funneled money into their private religious schools. They’ve reduced their budget to the point where kids in the district have schedules that include four lunches and a study hall because they simply don’t have enough staff to teach courses. And on at least one occasion they had a building fraudulently appraised at half its value in order to sell it to themselves.

So? Why should you care? Ohio isn’t New York. Because it’s a working model of how a group of people, duly elected, can go about destroying a public school system with impunity. It’s a model that can be adapted to work anywhere.

Any sign that such things are going on here?

In troubled Reynoldsburg, for example, there dwells upon its board at least one member, Elaine Tornero, who actively campaigns against levies for her district and wouldn’t mind seeing more experienced, “jaded” teachers leave her schools. According to the Columbus Messenger, “After 15 years without an increase in local operating taxes, the district has made more than $20 million in cuts during the past five years and identified another $3 million for the next school year.” Tornero is unmoved, “We’ve made a lot of cuts,” she said. “Regardless, the community still feels as they do and the economy still is what it is. To throw it back on in May is just too soon.”

Things have also been interesting in Springboro, Ohio, where “(t)he board came under control of a three-person Tea Party faction a few years ago. The bloc was led by local parent Kelly Kohls, head of the Warren County Tea Party.” Their goal of teaching creationism in schools fell short when voters ousted that faction and moderates were elected in their place.

And there’s been some sign of Tea Party activists seeking control of school boards elsewhere in the state.

After a Tea Party takeover of the board In the West Clermont School District in Amelia, Ohio, the new majority was caught violating the law in order to switch legal council (eerily similar to what happened in East Ramapo, New York) in an effort to hire an anti-union law firm with no experience in education.

Now, Reynoldsburg has been through the wringer, Springboro corrected itself, the folks in West Clermont are fighting, and Tea Party takeovers have succeeded and failed to various degrees across the state. But let’s not lose sight of what’s happened in East Ramapo that was the subject of the piece on This American Life. Sure people there are fighting – they’ve got a Facebook page and a radio show, but they’re losing. Without a way to loosen the grips of the group currently controlling the board, they’re stuck.

The only remedy is an informed and educated electorate and enough registered voters with a functioning conscience.

Be active. Be informed. Vote.